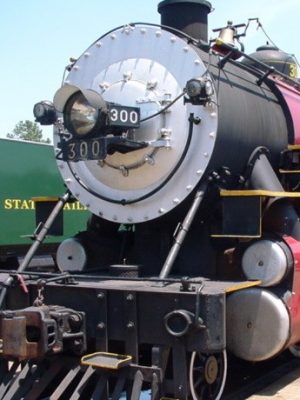 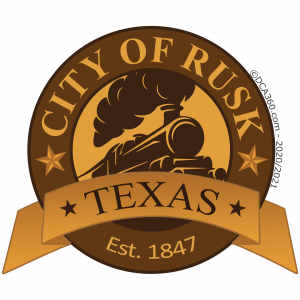 Our City operates under a Council-Manager form of government and has done so since 1987. The two major components to this system of government are the City Council; and a City Manager.

The City Council is the legislative body, establishing City policies, while the City Manager is the administrator, designated to carry out the directives of the Council. Our City’s City Council consists of a Mayor elected at large and five  Council Members elected by district. The Mayor and Council Members serve two year terms.

Rusk was established by an act of the Texas legislature on April 11, 1846, which defined the boundaries of Cherokee County and called for the county seat to be named for Gen. Thomas Jefferson Rusk, one of the signers of the Texas Declaration of Independence. The law stipulated that the new county seat be located within three miles of the county’s geographical center and named a five-member commission to determine the town’s exact site.

The commission originally wanted to locate Rusk at Cook’s Fort, the largest settlement in the area near the junction of the Neches-Saline and Fort Houston roads. When James Cook, the owner of the property, refused to sell the land, the commission opted for a 100-acre tract in the James Hundley survey, owned since 1839 by James F. Timmons, who agreed to sell the property, situated three miles east of the Saline Road, for $600. On April 13, 1847, the land was deeded for a town site. At the time only John Kilgore and his family lived on the site; but within two years most of the families in and around Cook’s Fort had moved the new town, and by 1850 Rusk reportedly had 355 residents. A post office was authorized on March 8, 1847, and the town’s first church, the Cumberland Presbyterian Church, was organized by Rev. J. B. Harris in May 2, 1847.

Like many early Texas towns, Rusk was laid out on a grid pattern based on the Shelbyville plan with a courthouse square in the center. Rusk remains a commercial center for a surrounding agricultural, lumber, and iron ore area. The nearby Texas State Railroad, now operated by The Western Group, attracts numerous tourists to the area. 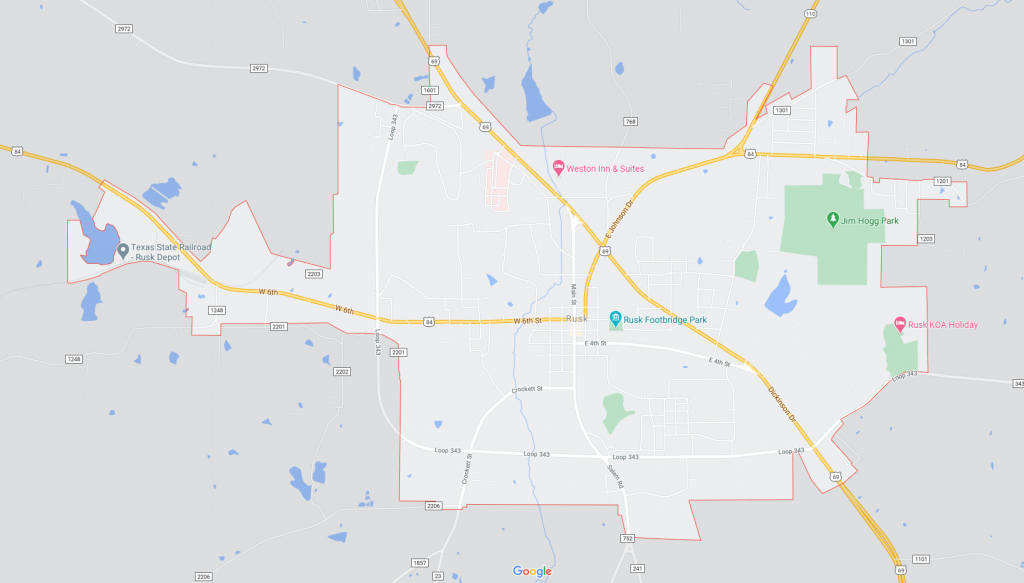 Links to an external site in separate browser window.